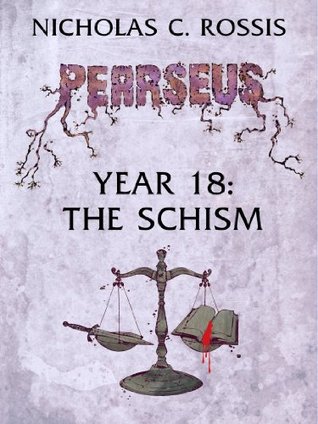 This is such a different book to anything I’d read before. If you like myths and legends, history and humanity, you will like this book. It reads like a fictionalised version of history, but it’s not our history. Scifi that brings a few hundred people stranded on an Earth-like planet, we see good and bad people struggle to hold onto the history of the human race while trying to build a new society. And of course, everyone has a different idea how this new society should work.
With multiple characters and mutliple POVs, I was worried it would get hard to follow but it never happened. Actually, I bought the 3 book boxset (which I recommend doing) and completely blitzed through the first book and was partway through the second before I realised I had already finished book one.
The time gap should have clued me in, but anyway…
This is why I should read more indie books. I’ve never read anything like it before and I just don’t think I would’ve been exposed to something similar by going to my local library. I’m really looking forward to finishing the series – how do you end something that has such a broad scope and scale?

According to the blurb on the back:

It’s New Year’s Eve, the year of 2099, but the distinguished guests aboard the Pearseus won’t get to countdown seconds; soon they’ll be counting bodies and survivors after the spaceship’s crash landing on another planet.

The good news? The planet is seemingly hospitable both in resources and in terms of the natives’ attitude towards earthlings.

The bad news? They might have come on this planet bare of possessions, but what they haven’t been able to shed are the shortcomings of their human nature. Will that be the sole threat to a unified future, or is the new land and its first inhabitants not as innocent as they look?

The best-selling short prequel to the Pearseus series is filled with surprising twists: A leader that falls prey to unseen forces. An unlikely hero who faces death for his convictions. Mysterious voices driving the survivors to repeat the mistakes of their ancestors. But who are their true ancestors? And how many voices are there?