Straight up this book drew me in with the video-game style title and cover. It looks like a cover you’d find on nostalgic game pack from the nineties. But instead of being filled with floppy disks, it’s filled with video-game references and, bizarrely, politics.

This would be a good book for anyone who’s ever had politicians drive them to violent fantasy.

The story has a unique time-travel method behind it. Unfortunately, I found myself getting board more often than I liked, especially with the scene-setting sequences in offices or government. The main character Lars was nice and sarcastic. He’s not a main character that the reader should like, but it works because he’s so blatantly dislikeable the reader is laughing at him, not with him.

There’s a lot of strange things going on in this story. Frannie’s quirks are jarring at times, but the reader is rewarded when everything comes together in the end. A short read that could’ve been shorter in my opinion, but enjoyable nonetheless.

Recommended for those with the mixed interests of gaming and politics.

How to win an election:

“Politics is more difficult than physics,” said Albert Einstein. Now that we can time travel, this is no longer true.

All the State House gossips go abuzz when an influential senator forms an alliance with Rep. Frannie Upwood, the capital’s most famous underachiever and favorite butt of jokes. Why his sudden interest in such a lightweight politician?

It’s up to Lars Uxbridge, the senator’s disloyal staffer, to find out, after he joins a network of political spies. What Lars discovers is a secret far beyond anything other state reps can muster. 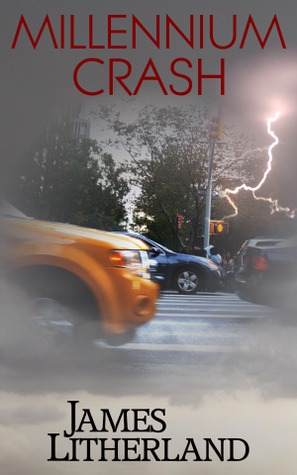 I was really looking forward to reading this book but, unfortunately, I found it underwhelming.

The premise sounded good and it started out well, but the story quickly deteriorated into dull waiting and organisation sequences.  There were lots of visits to the bank, finding food, and just generally waiting around for something to happen. I was bored for much of this book, I think that boredom prevented me from connecting to characters.

I actually sort of liked Sam’s and Anya’s characters (even if I found them a bit one-track minded), but Page was just vapid and stupid. We follow these three characters around and Page’s story seemed to run through the same thing three times, with very little difference – her only plot drivers seemed to be shopping and getting into trouble. I found it was very repetitive.

I did like Anya’s authority, but she didn’t do much besides find her scattered work colleagues and then… she bought a house. There wasn’t much to her story, except for towards the end when things finally started happened to her, but by that time I was completely disinterested.

Sam’s story was the one I came closest to liking, but again it was bogged down by long periods of waiting and spying (which amounted to waiting around outside a building).

As I indicated before, the ending was a bit better, but I am honestly not interested in reading a sequel to this series. That’s just my opinion though, other people might like it. I’d recommend checking out the ‘look inside’ for those interested in buying it, and remember those first few scenes are probably the most action-packed of the book.

EVERYTHING goes wrong when the first research expedition from the future lands in New York City in the summer of 2000. Instead of arriving together, the time-travelers are separated and scattered across the ancient metropolis. Even worse, the professor in charge of the expedition is killed when he materializes in the middle of a busy street—and the device he carries to take them back home is destroyed in the accident. Their project in a shambles before they have even started, now they find themselves stranded in the past—and their troubles are only beginning.

After seeing her mentor die right before her eyes, Team Leader Anya attempts to salvage something from the disaster, starting with rounding up the rest of the travelers. She doesn’t know it yet, but even that much has already become an impossible task.

Research Assistant Samantha finds her own team leader just in time to witness one of her colleagues stab him to death. The only witness to the killing, she chases the culprit through the city—but the murderer has the perfect plan for escaping justice.

Dazed and disoriented in East Harlem, Team Leader Page is being mugged when graduate student Matt Walker runs to her rescue—but playing the white knight will plunge him into improbable peril and lead him into a trap from which there is no escape.

The Mine is a romp. A riot. A romantic adventure. One of those proper intriguing and fun reads. Going back so far in time to a country on the brink of war is scary for all sorts of reasons, but there is so much hope in this book too. You know how you enjoy something so much you start to overanalyse it a bit? Yeah, that happened to me with this book.

OVERANALYSIS: Joel Smith is a little bit too perfect at everything he puts his hand to. While I liked his reliability to always get the best out of his situation (save for a realistically rocky start), I did find it difficult to believe he had such an extensive knowledge of sports trivia. Having said that, I never liked sports myself and I’ve never been able to rattle off remembered numbers, but since I know people who can I suppose it’s not that impossible. Maybe I just didn’t find him that relatable? Likeable though, even when he was being a bit of a prick the heroine put him in his place (and who doesn’t love a good bit of banter?).

If you liked any of the Back to the Future movies, I reckon you’ll like this book. Recommended for people who like their times a-changing.

The Mine, by John A. Heldt

In May 2000, Joel Smith is a cocky, adventurous young man who sees the world as his playground. But when the college senior, days from graduation, enters an abandoned Montana mine, he discovers the price of reckless curiosity. He emerges in May 1941 with a cell phone he can’t use, money he can’t spend, and little but his wits to guide his way. Stuck in the age of swing dancing and a peacetime draft, Joel begins a new life as the nation drifts toward war. With the help of his 21-year-old trailblazing grandmother and her friends, he finds his place in a world he knew only from movies and books. But when an opportunity comes to return to the present, Joel must decide whether to leave his new love in the past or choose a course that will alter their lives forever. THE MINE follows a humbled man through a critical time in history as he adjusts to new surroundings and wrestles with the knowledge of things to come. 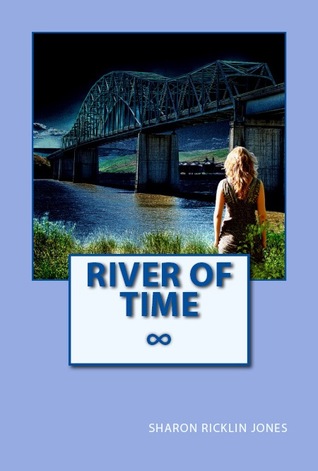 I have to be honest, I’m not all that fond of contemporary-style romances, but I found a lot to enjoy in River of Time. Having never read a time-travel romance before, I wasn’t really sure what to expect, but the author does a good job of illustrating just how crazy it is (and how crazy you have to be) to try and travel back in time. There was a good dose of reality running through it all, even though it ran parallel to the ‘it must be fate’ theme, the characters reacted believably and that made them very relatable to me.

I thought it took a little while to get going, but once the main characters met for the first time I understood the need for the background setup. I found myself caring for both the hero and the heroine so much more because the author let me get to know them before they meet. It was such a sweet, lovely tale with its magical twist. I did find it a little too saccharine at times, especially the ending, but I know that sort of thing appeals to romance readers. I loved the journey of the characters and the steady character development for Maggie was especially well done.

A warm and romantic read. Recommended for romance lovers.

I received a copy of River of Time from the author in exchange for an honest review. Sharon is looking for other people to review her book! You can contact her at sjones191 <at> gmail.com if you’d like a review copy 🙂

Unable to let go of the past, Maggie St.James’ only desire is to “fix” her broken marriage. Confident she’s found the way to travel through time, she makes a ridiculously dangerous plan.

But will the benefits outweigh the risk?

With every detail planned perfectly, she begins her journey. But there are two things she hadn’t planned on: how to return to her own time…